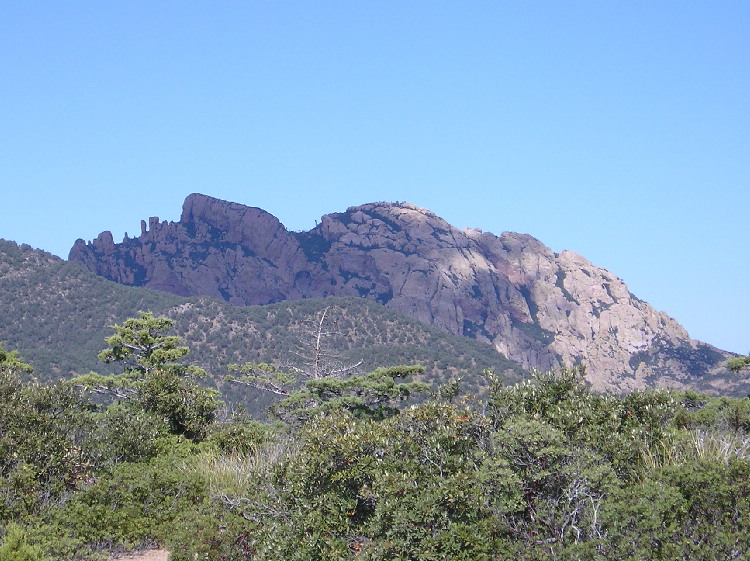 About 35 miles south of Willcox, Arizona, and Interstate 10 in CochiseCounty, is a little known scenic wonder known as ChiricahuaNational Monument.It is located in the ChiricahuaMountains, ancestral home of the Chiricahua Apache Tribe.Chiricahua is an island in the SonoranDesert where plant and animal life representing several ecosystems abound along with unusual rock formations which were formed initially by volcanic upheavals and later by erosion and is now surrounded by CoronadoNational Forest on three sides. 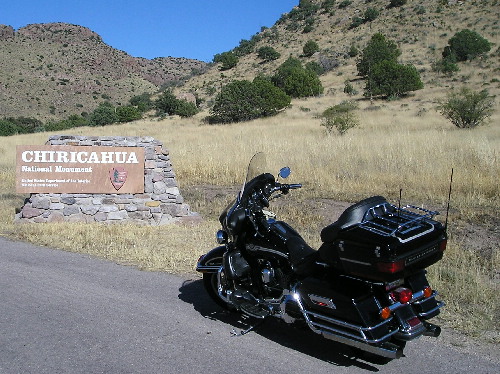 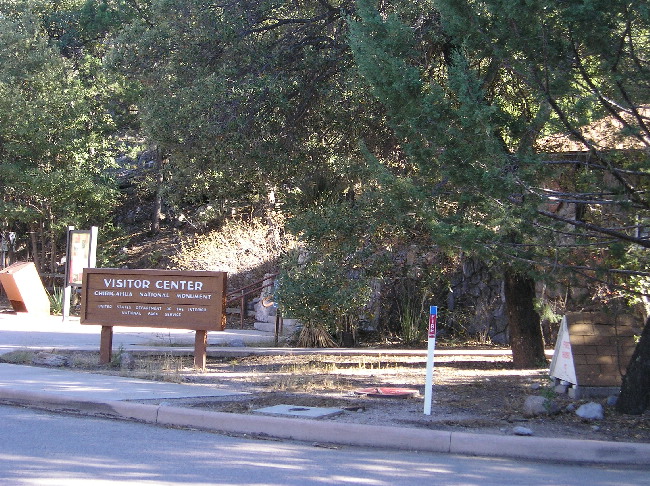 As you enter ChiricahuaNational Monument, the landscape is high desert populated with yucca and cactus, and, as you ride further into BonitaCanyon, it gradually turns to junipers, then oak trees.Above the VisitorCenter, the plant life gradually changes toward spruce and fir trees as the road climbs higher into the mountains.The upper elevations yield manzanita, ponderosa pines, Douglas firs and aspens.As you continue to ride higher, you will notice a drop in the temperature until you reach Massai Point, elevation 6870 feet and about 1800 feet above the floor of SulphurSpringsValley. 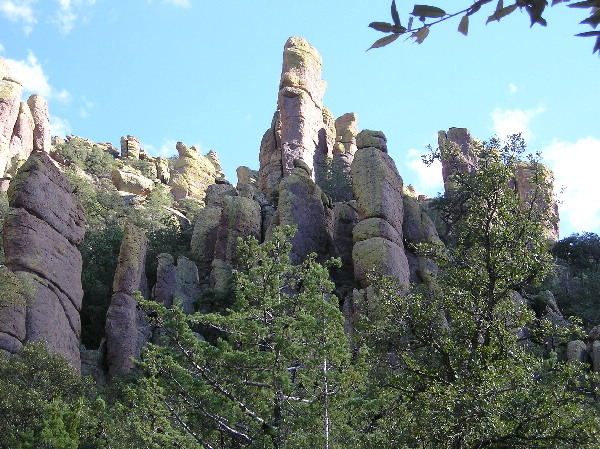 At Massai Point, you can take a short walk along a trail to an observation point where you can view towering rock spires in EchoCanyon and balanced rocks, weighing several tons and delicately balanced on a narrow pedestal. As you look on either side of the canyon, you will notice that the north canyon wall with the southern exposure yields desert type foliage, while the south wall with the northern exposure has pines and firs growing on its slopes.

One of the most spectacular rock formations is Cochise Head, a granite mountain outlining a face resembling face of a Native American.A 150 foot tall ponderosa pine forms the eyelash on the face.This formation can seen from several vantage points such as the exhibit building at Massai Point and from nearby Sugarloaf Mountain.Other rock formations include the Organ Pipes formation and the “Sea Captain”.

While at ChiricahuaNational Monument, be sure to stop at the VisitorCenter where you can view exhibits which chronicle the geological and anthropological history of the area.There is also a short film narrated by Rex Allen, Jr., which gives an overview of the monument’s ecosystems and history.

About half way between the entrance and the VisitorCenter is Faraway Ranch which is open for tours daily.Faraway ranch was built by one of the early settlers of BonitaCanyon, Neil and Emma Erickson, a Swedish immigrant couple after Geronimo surrendered in 1886.The ranch was later turned into a guest ranch by the 1920’s by one of the Erickson’s daughters.The area became a National Monument in 1924. 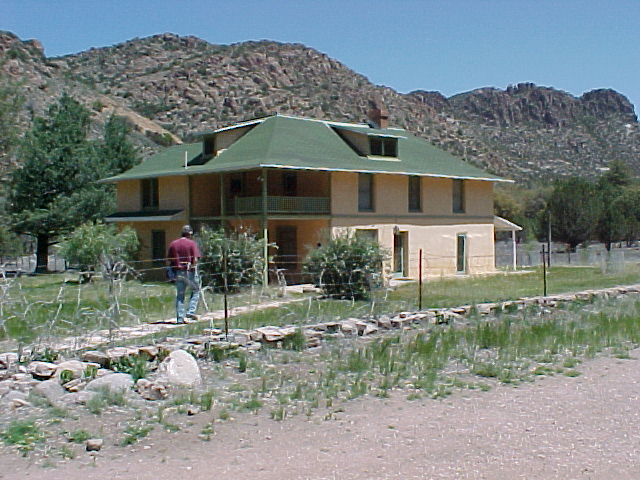 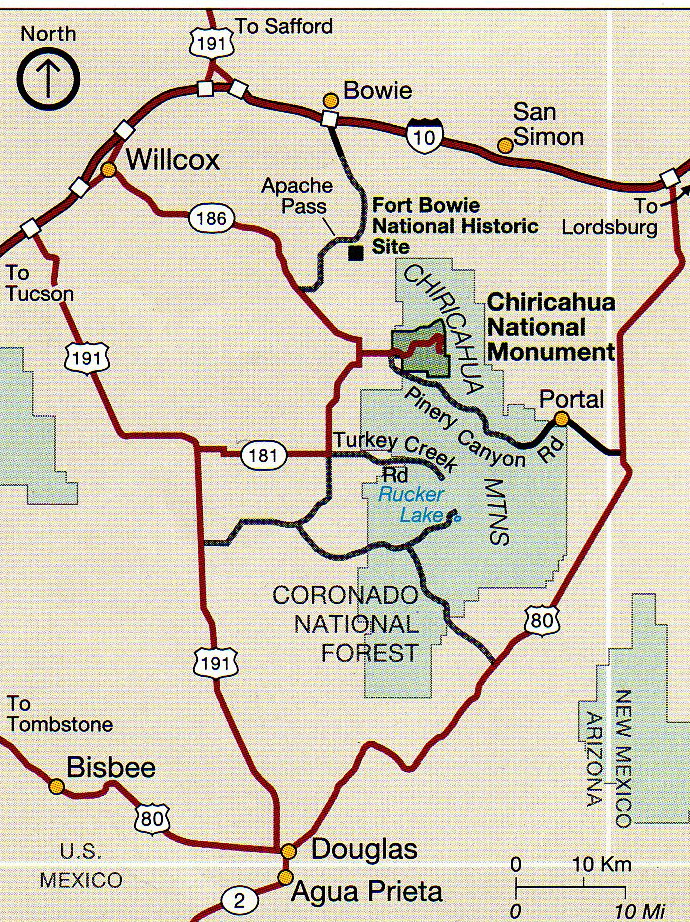 You can reach ChiricahuaNational Monument from Willcox by taking State Route 186 32 miles through the scenic Dos Cabesos Mountains, then east on State Route 181 about 3 miles to the entrance.Admission is $5.00, or you can use your NationalParksPass, SeniorPass, or DisabledPass.Once you enter the park, the ride to Massai Point is another eight miles. Note:  There are no services at Chiricahua National Monument.  The nearest fuel is 26 miles from the park entrance.

When you leave Chiricahua National Monument, you can either return to Willcox and Interstate 10 on Route 186, or you can take Route 181 23 miles to US 191 at Sunizona where there is fuel and a store.From Sunizona, you can go south to Douglas and Bisbee or north to Pearce, a mining ghost town, and Sunsites where you can find a cafe and fuel.US 191 joins Interstate 10 about 6 miles west of Willcox.

The next time you are riding in Arizona, be sure to include Chiricahua National Monument in your itinerary.  In the meantime . . .

Have a safe ride!!

This entry was posted in News and tagged Arizona, Chiricahua National Monument. Bookmark the permalink.